Athletes and the Flu 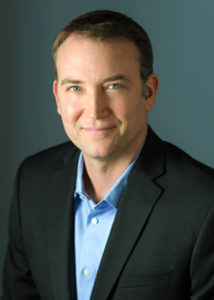 As we enter into the dreaded “flu season,” weekend warriors and athletes of all levels wonder how they can avoid having the flu derail their workouts and training schedules, as well as potentially force them to miss the big game. One thing’s for certain, no one wants to be sidelined by the flu. But with some precaution and preventative strategies, you’ll weather this season well.

First, it’s important to understand what we’re talking about when we use the term “flu.” The influenza virus is a microscopic, infectious organism that replicates itself inside living cells. Although there are 4 main types, Influenza A and B are the main viruses spread among humans. Seasonal influenza is the term most frequently used because the infection is most prevalent in the colder months of the year on the northern and southern hemispheres. Most experts believe that this is because people spend more time indoors during this time of year, making the transmission of the virus easier. Also, the colder, drier air during this time of year may affect the mucous membranes allowing for an easier transfer of the virus.

The flu can be a severe illness for some people. The youngest and eldest among us are at higher risk as are people with chronic medical conditions like asthma and heart disease. Also, complications of the virus, such as pneumonia, contribute to tens of thousands of deaths in the U.S. each year from influenza.

It’s important to know that many people who think they have the flu just have a different viral illness commonly known as a “cold”. Though there can be similarities with symptoms, those associated with the flu are usually much more severe, including fever, body aches, and cough, and the onset of those symptoms is often much more sudden than those of a common cold.

One of the best ways for otherwise healthy people to avoid the flu is by getting an annual flu shot. Each year, the influenza virus is different and the vaccine is based on the prior years’ virus. Because of these shifts in the type and severity of the virus, the effectiveness of the flu shot can change year by year. However, even small decreases in the number of cases can dramatically and positively affect public health. Added to this is the bonus that those who get the vaccine and contract the flu virus usually have significantly less severe symptoms and are not sick or infectious for as long as those who contract the virus, but did not obtain a flu shot. This translates much less missed time from work or workouts.

And if you’re worried about the myth that the flu shot can give you the flu, don’t be. The injected flu vaccine is made up of a killed version of the virus, so it isn’t possible to get the flu from a flu shot. In addition to the myth that getting a flu shot can give you the flu, it’s also important to understand that antibiotics won’t work as a treatment for the flu if you’ve come down with it. Antibiotics work well only if a person has a bacterial infection. The flu and most colds are viral infections that are not affected by antibiotics. There are effective antivirals that can reduce the days and severity of symptoms of the flu. However, this only works if taken within the first 1-2 days after you become sick.

Most people get the vaccine during cold and flu season and can get sick being around other infected people in the doctor’s office, the locker room, grocery store, the gym, or anywhere else people congregate. The vaccine can take up to two weeks to be fully effective so exposure to the virus during that time can lead to symptoms. My family also follows the flu vaccine recommendations I make to my patients. With four children from ages one to eight years old, my entire family gets a flu shot every year! Still, some groups can’t receive the flu shot so those of us who can get it, can help protect them. Children who are younger than 6 months old should not get the flu shot because they cannot make an adequate immune response to that particular vaccine. Those who have had a severe, life-threatening allergy to the shot’s ingredients should not get the flu vaccine, though this type of reaction is extremely rare. Also, people with a history of Guillain-Barre syndrome or egg allergy should talk to their doctor before getting the flu shot.

Besides getting the flu shot, each year there are several ways to avoid getting the flu. Washing your hands frequently and before meals or while at the gym, for example, with soap and water is helpful to prevent transmission of the virus that can be found anywhere such as a doorknob, computer keyboard or a set of dumbbells. Consider not shaking hands or dishing out high-fives during flu season. Eating healthy foods and getting enough sleep improves the immune system and lessens the chance of transmission if you do come into contact with the virus.

With proper precautions, athletes and other active people can avoid contracting the flu and can also help prevent transmitting it to others around them. Trust me, your workout partner or teammate will thank you for it! If you do become sick, take a break from the training regimen, especially if you exercise around other people. This way, you avoid getting others ill and also let your immune system stay focused on battling the illness you’ve come down with. Don’t worry, you’ll be back at it in no time!

Understanding and Encouraging Sun Protective Behavior in Youth Athletes
May 2, 2022