When “Games” Collide – A Tale of RSIs 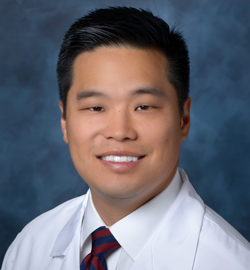 Nearing billion-dollar revenue thresholds this year, the worlds of Esports, online and video gaming continue to grow significantly as a universal phenomenon for young and old in this highly digital age. By definition, Esports involve video game play by more than one player for an audience, and there are plenty of professional gamers who rake in big payouts – some on teams who individually earn up to $15,000 per month. Sound familiar? It’s a set-up not unlike what we’re used to seeing with “traditional” professional sports organizations – from baseball to soccer, football to tennis.

Recently, the virtual and actual sports worlds made big news when they seemingly collided over a carpal tunnel injury sustained by Boston Red Sox pitcher David Price. In interviews with reporters about the issue, Price, known among teammates as an avid lover of the extremely popular video game Fortnite, said he would stop video gaming at the ballpark. His remarks led to speculation about repetitive video game play and its effect on the hands and arms of ball players.

In fact, one study published in the September 2018 edition of the Journal of Elbow and Shoulder Surgery aimed to assess the lifestyle factors that may be involved in reported elbow and shoulder pain among young, elite baseball players. Specifically examined was the amount of time per day that these athletes watched television or played video games. The conclusion was this: playing video games for more than three hours every day was associated with shoulder pain and elbow pain in young, male, elite baseball players.

While this particular study admits that no specific causation can be determined from it, some of the possible factors involved in the correlation between video gaming and shoulder/elbow injury in athletes may be:

This study is not the first to examine video games and their effects on performance – not only in athletes. Interestingly enough, multiple studies have looked at the skills of surgeons and correlation with playing video games – with a positive association frequently reported. In effect, such studies have indicated that surgeons who play video games have better arthroscopic skills as a general trend. Other studies have examined the value of players participating in multiple sports to prevent overuse injuries and encourage well-rounded athletic development.  We may need to start including video game participation in these discussions.

So what do parents and coaches need to know about studies like this one? First, it is important to understand that further research is required to determine which factors involved in elbow and shoulder pain in athletes are genuinely significant. Remember, studies that show a correlation between two things (i.e., excessive video game play as correlated with shoulder/elbow injury) are much simpler than those that must prove causation (i.e., excessive video game-playing causes shoulder/elbow injury in athletes.) Even so, and with all things, moderation is essential to prevent repetitive stress injuries.

Repetitive stress injuries (RSIs for short) are really just a reference term for any type of condition that is caused by too much stress or strain placed on a joint, ligament or muscle. RSIs vary greatly in kind and in severity. In general, anytime your body is mechanically going through the same motions over and over again for extended periods of time, the risk for an RSI goes up. Whether that’s throwing a baseball too hard, too often with minimal periods of rest or, playing video games for hours on end with minimum recovery time for the hands, wrists, and arms, RSIs can happen. For athletes who engage in sports where throwing is a significant feature of their play and who also enjoy extended periods of video game play, caution and moderation for each activity should be considered.

As the world of eSports continues to grow, and is becoming recognized as a real sport; we will have more opportunity to learn about the overall health and orthopaedic risks and benefits of competitive gaming. Until then, everything in moderation.

Understanding and Encouraging Sun Protective Behavior in Youth Athletes
May 2, 2022