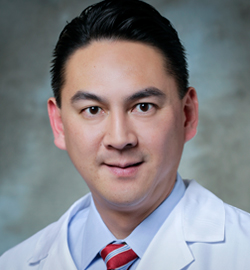 Orr Limpisvasti, an orthopedic surgeon at Cedars-Sinai’s Kerlan-Jobe Institute in Los Angeles, was my medical expert last month to analyze Allen’s potential treatment plan. I caught up with him again this week to describe the PRP injection.

“PRP is essentially a process where you’re taking the platelet concentration out of your venous blood,” Limpisvasti said.

Allen had the blood drawn from a vein as if he would for a regular test. The blood was then placed in a centrifuge, which “spins” the blood to separate the red blood cells, platelets and plasma. Limpisvasti said the process takes 30 minutes before the platelets are re-injected to the injured area.

Limpisvasti said Allen likely had the procedure done off-site because teams don’t usually have a centrifuge in their facility, and a patient undergoes an ultrasound “so the injection of the platelets is going to the injured structure at just the right spot.”

“The idea is the platelets can help recruit a more robust response in the tissue (healing),” Limpisvasti said.

This is when things get interesting.

“Most people who do PRP injections for tissue, be it an ulnar collateral ligament or a tendon, are usually waiting 4-6 weeks for the tissue to really start to heal better, if it is going to heal better,” Limpisvasti said. “And then, slowly, they will ramp up their rehabilitation and activity. It’s just tricky when you’re doing something midseason with PRP. Sometimes, the player is getting back a week or two weeks later, but that would be pretty fast.”

Prevention.com Quotes Dr. Hay: 12 Reasons You Have Swollen Fingers and Hands, According to Doctors
January 24, 2023