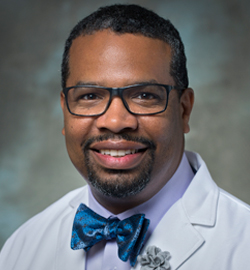 In a sport where head strikes are frequent, should a concussion protocol be imperative?

It may seem counter-intuitive to some that combat sports like boxing, kickboxing and Mixed Martial Arts (MMA) should have guidelines protecting athletes against the effects of a concussion. After all, a common and key strategy for victory in combat sports is making decisive, forceful contact with the head. But a recent consensus statement from the Association of Ringside Physicians (ARP) is poised to help give shape to guidelines designed to protect the brains of combat athletes under much the same premise that widely accepted concussion protocol guidelines for non-combat athletes do.

Though concussion protocol and return-to-play guidelines are widely utilized and accepted for a variety of sports today, before the ARP’s statement, there had been none published for the appropriate management of combat athletes who sustain a concussion, or for the return to combat after a concussion. In fact, substantial clinical studies and published information about concussion related to combat sports is generally lacking. The foundation of the ARP’s statement is this – “management and treatment of concussion in combat sports should, and must, be more stringent than for non-combat sports counterparts.” This consensus statement is an excellent and much-needed first step in further improving the health and safety of combat sports athletes.

Historically, the evaluation of concussion and return-to-sport (RTS) in professional combat sports has varied from state-to-state. Some states have detailed procedures regarding concussion protocols, and others just don’t. To complicate matters, athletes may have subsequent fights in different states or even different countries, making tracking and enforcement of RTS protocols difficult. And the period of suspension before eligibility to fight again after a knockout (KO) or technical knockout (TKO) varies from state to state. The ARP guidelines aim first to recommend consistent minimum “stand-down” periods after knock out (KO) and technical knockout (TKO) of athletes from blows to the head – a great first step.

Of note, a “dirty little secret” regarding suspensions after KO/TKO is that there is currently very little enforcement of the minimum stand-down period in relation to training – and in particular sparring. This has remained a glaring “hole” in athlete safety protocols from state to state. Covered also in the consensus statement is the acknowledgment that sparring, though not actual match competition, is still covered under stand-down recommendations when a combatant has sustained a concussion.

As evidence accumulates and best practices evolve regarding concussion management, recommendations are changing. For instance, there is increasing evidence to suggest that controlled and monitored exertion after the acute phase of concussion may be beneficial. But it is important to distinguish between gradual/monitored exertion and return to play/competition (which should only be initiated after complete resolution of concussion-related symptoms).  The ARP guidelines provide recommendations for step-wise RTS, as is the current advice in concussion guidelines for non-combat sports. Importantly, these guidelines are combat-sport specific, with detailed examples of activities unique to combat sport that fit various aspects of the step-wise return. This is another solid step in the direction toward what will hopefully be further development of all concussion return to sport guidelines (sport-specific, and even position-specific step-wise return recommendations).

Also significant in the ARP’s statement is the recommendation of neurological assessment for BOTH fighters in a bout (winner and loser), even if a KO, or TKO doesn’t occur. This highlights the unique aspects of combat sports and need for an increased vigilance for signs or symptoms requiring emergency treatment for potentially catastrophic injury.

The ARP recommendations highlight the need for clearance of combat athletes by a specialty-trained physician before a return to combat sports after any suspension due to head injury or concussion. The brain is an amazingly complex structure. A state-of-the-art, validated, and expertly performed history and neurological examination and assessment requires specific skill and frankly, is an art. Safe return to play for combat athletes should require more than a simple passing of calendar days. An expert specialist physician is the best person to make this determination.

The ARP’s consensus recommendation of and support for the concept of neurological baseline testing in combat sports athletes is another key element. In California, as part of the California State Athletic Commission, we initiated collection of baseline tests over one year ago. Our goals are to not only establish a Neurological baseline in our athletes, but also to explore how this information assists in return to sport, and assessment of Neurological function over time – evaluating neurological performance on an ongoing basis for the assessment of brain health. I bring attention to this aspect of the recommendations because I believe our obligations reach beyond surveillance for signs/symptoms of a concussion to the intentional assessment of overall neurological health. The idea is that this assessment of neurological health should be a focus after episodic exposure (fights, matches or games), throughout the season/year, at the outset of each new season/year, and over the entire lifespan of all athletes participating in contact, collision and combat sports. Ideally, this kind of programming can eventually be shared between states for improved continuity of care with combat sports athletes. The data can be mined for insights related to both injury and performance. And we can continue to contribute to the overall fund of knowledge related to the health of combat and collision sports athletes. Information gleaned from the study of athletes has resulted in significant benefits and advancements in treatments of the general population as a whole with respect to musculoskeletal medicine. I believe the same will be true of brain health.

Finally, the ARP’s consensus statement ends with the recommendation of education for all combat sports athletes and their coaches/trainers on recognition of signs and symptoms of a concussion. While this is an important initial step, I do believe we must endeavor to extend beyond “education” (e.g., the simple posting of messages in gyms or distribution of handouts with concussion signs/symptoms) to meaningful knowledge transfer. This involves experts working with regulators and stakeholders to provide useful, and culturally relevant information to not only raise the level of awareness, but to educate in a way that actually influences the desired behavior. Enhancing understating of how the brain works, how it contributes to performance, what happens when an injury occurs and understanding the rationale behind the guidelines/recommendations, can be the first and robust line of defense in protecting combat athletes now and in the future.