Medscape Interviews Dr. Bert Mandelbaum About Swimming With Sharks: How His Passion Led to a Deeper Appreciation 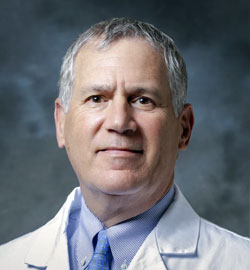 Swimming With Sharks: How One Doctor’s Passion Led to a Deeper Appreciation

Whenever I can, I dive with sharks. As a teen, I developed a passion for these apex predators. I love to watch and film (Figure 1) these strong, graceful animals beneath the waves. I’ve come to appreciate the key role they play in the oceans’ ecosystems. 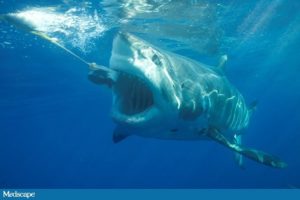 Figure 1. The author’s up-close-and-personal view from a recent dive. Image from Dr Mandelbaum.

Recent reports of shark bites in Encinitas, California,[1] and Cape Cod, Massachusetts,[2] have awakened fears. But such incidents remain very rare, and sharks are not the villains depicted in the movies.[3]

Sharks do bite people. These wounds can be deadly and require special care, as I learned when one patient was referred to me. But these bites are nearly all accidents. Humans are not the regular prey of sharks, although in rare occasions they do mistake us for such.

In fact, you’re more likely to be killed driving to the beach than by a shark when you arrive, and you’re 400 times more likely to die by drowning than by shark attack.[3] There have only been about 5000 recorded incidents of sharks biting people in the past century, and of these, less than one quarter were fatal.

As the number of people swimming increases, so too has the incidence of shark bites. Starting in the middle of the 20th century, fear of sharks began to rise.[3] It peaked with the release of the 1975 movie Jaws, in which a great white shark was depicted as a monster out to prey on humans.

Subsequent sport fishing led to a precipitous decline in the population of the great white shark, Carcharodon carcharias. The biological reaction to this decline was a gradual surge of the seal and sea lion populations, including in Cape Cod—which, taken in tandem with conservation efforts, has gradually restored the white shark population, although current estimates remain in the thousands.[3]

The great whites follow a global and regional migratory pattern. The California population congregates every year around Guadalupe Island, about 250 miles southwest of Ensenada, Mexico. About 200 males gather there to eat elephant seals and, every other year, to meet up with females and mate. These large territorial males drive off the juvenile males, who head away to Southern California.

As the population of sharks and humans are both growing, encounters between the two are becoming more frequent. In the United States, the majority of bites come from bull sharks near the beaches of Florida,[3] whereas great whites account for more bites than other species.[3] These sharks feed on seals, as they visualize their prey on the surface from below and lock on using echolocation. Their eyesight is good but depends on motion. A person on a boogie board can be mistaken for a seal or sea lion.

I’ve experienced their bottom-up orientation myself, diving in Guadalupe, Mexico (Figure 2). When we are on top of the shark cages, the sharks can’t see us because the cages obscured their view from below.

Figure 2. The view from a shark cage. Image from Dr Mandelbaum.

Know the Risk so You Can Avoid It

A comprehensive understanding of predation is critical to prevent interactions between sharks and humans. Water sports participants can reduce their risk by avoiding the circumstances where shark bites are most common. I recommend these precautions offered by the website Tracking Sharks[4]:

I got my first good look at a shark bite a couple of years ago, when a woman jumped off her surfboard and was bitten just above the knee. Although the patient was treated in the emergency department, the injuries to her thigh muscles led physicians there to refer her to me.

Sharks are unable to chew. They use their lower teeth as spikes to hold their prey while their serrated upper teeth (Figure 3) saw though the flesh. Victims often sustain secondary injuries as they try to fight off the shark. As a result, victims often lose a lot of tissue on the extremities, and undergo crushing of the bones.[3] 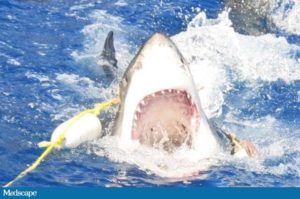 Plain films of injured areas can not only identify fractures, but also residual shark tooth fragments that might act as a future source of sepsis.[3] Sand and debris may also contaminate wounds, which should be debrided of all devitalized tissue. Wounds should be closed over a drain or packed with dressing for delayed closure. A multidisciplinary approach may be required, with plastic surgeons sometimes needed to cover bones, arteries, and nerves.[3]

The choice of antibiotic in this situation may differ from those used to treat injuries sustained on land, because numerous bacteria have been identified as pathogens causing infection after shark bites. The most common of these are Vibrio and Aeromonasspecies, which may cause rapidly progressing cellulitis or myositis within the first hours after a bite. But antibiotics should include coverage of staphylococcal and streptococcal infections as well. Trimethoprim/sulfamethoxazole, ciprofloxacin, levofloxacin, or a third-generation cephalosporin (eg, ceftriaxone) are recommended. Serial wound evaluation can catch necrotizing infections.[3]

Shark bite victims may develop acute renal failure from the combination of hypovolemia, myoglobinemia, and drug toxicity. They may need multiple transfusions and operations, leading to coagulopathy, an important consideration in tissue transfer for wound coverage.[3]

With these measures, the outlook for most patients is good. The fatality rate from shark bites has been decreasing with improved treatment.[3]

As an apex species, sharks play a crucial role in controlling populations of seals, sea lions, and other marine mammals. As long as humans observe precautions, the incidence of shark bites will remain low, and our two species will continue to peacefully coexist.

Any views expressed above are the author’s own and do not necessarily reflect the views of WebMD or Medscape.

Cite this article: Swimming With Sharks: How One Doctor’s Passion Led to a Deeper Appreciation – Medscape – Dec 27, 2018.